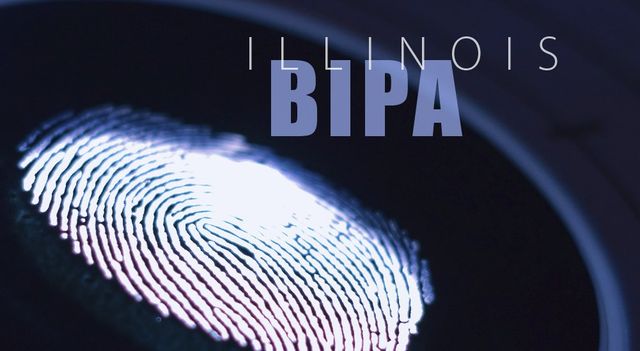 Some judges have an extraordinary ability to explain their decisions in an easily understood and relatable manner. Such was the case in a very recent decision involving whether an employer’s commercial general liability insurance policy (“CGL”) covered an employee’s claims under the Illinois Biometric Information Privacy Act (“BIPA”). In State Automobile Mutual Insurance Company v. Tony’s Finer Foods, No. 20-cv-6199, Judge Steven Seeger of the United States District Court for the Northern District of Illinois was tasked with deciding whether a standard exclusion in a CGL policy relieved the insurer of its duty to defend a BIPA claim. BIPA is an Illinois statute that, among other things, requires private entities that obtain biometric information from an individual to first inform the individual that the information was being collected and stored and obtain a release from the subject. In the employment context, oftentimes employers collect biometric information (such as fingerprints) for time keeping purposes. In the last seven years, litigation over alleged BIPA violations have exploded and employers often look to their insurance companies to assist in the defense. Judger Seeger ultimately held that the “employment-related practices” exclusion did not preclude insurance coverage, undoubtedly good news for employers.

An “Employment-Related Practices” exclusion is common in CGL policies. Essentially, the exclusion precludes coverage for certain employment-related claims made by employees against their employers. In the policy at issue in the State Automobile case, coverage was specifically excluded for “personal or advertising injury” to “any person” arising out of  “(a) refusal to employ that person; (b) termination of that person’s employment; or (c) employment-related practices, policies, acts or omissions, such as coercion, demotion, evaluation, reassignment, discipline, defamation, harassment, humiliation, or discrimination…”  The court recognized that subparts (a) and (b) were not at issue and the only question was whether the underlying lawsuit was about an injury to the employee arising out of “employment-related practices.”  The insurance company argued that the exclusion applied because the case arose out of the manner in which employees clock in and out of work.  While the argument was “an appealing one,” the court took a closer look at the exclusion and determined that it did not apply. First, the court recognized that the exclusion was the “third part of a trilogy” with the first two parts covering hiring and firing. The judge reasoned that the third subpart, “arising out of employment related practices,” read with parts one and two appears to apply specifically to adverse employment action “and not any and all claims about something that happens at work.”  The judge further stated that even though clocking in or out is an employment practice or policy, the fact that the text then contains a “laundry list” of targeted disciplinary practices, “using one’s finger to clock-in and clock-out is an awkward fit in that string, at best.”  In determining that the third clause, when read in tandem with the first two clauses, could not be interpreted as generally excluding all claims arising out of employment, Judge Seeger cited to the well-known and respected Sesame Street doctrine of “one of these things is not like the others – one of these things just doesn’t belong.”  After recognizing that other courts have come to differing conclusions, the court nonetheless ruled in favor of the employer and denied the insurer’s motion for summary judgment on whether it had a duty to defend the BIPA claim.

If you would like to discuss these or similar issues in more detail, please contact Howard L. Teplinsky at (312) 368-0100 or hteplinsky@lgattorneys.com.

Under the new law, the minimum wage will increase annually for all employees over 18. For those employees that are under 18 and work no more than 650 hours in a calendar year, they will be subject to a lower minimum wage.

Businesses that have employees in Chicago or certain Cook County municipalities will need to continue to follow the local minimum wage ordinances which are higher than the Illinois state law. Both the local ordinances update on July 1 and the state law is tied to a Calendar year.

A breakdown of the relevant wage rates is below.

Significant Increase in Penalties for Violations

In addition to the increase in minimum wages across the state, the changes that went into effect on February 19, 2019, significantly increased the penalties for employers that fail to properly pay minimum wage or overtime. This is particularly important for employers that misclassify their workers as independent contractors and may be subject to significant liability as a result of that misclassification.

Under the new law, if an employee is underpaid, they can recover “treble” (three times) the amount of the underpayment. In addition to the treble damages, the statutory monthly damages penalty increases from 2 percent to 5 percent. Finally, there is now an additional penalty of $1,500.00 payable to the Department of Labor’s Wage Theft Enforcement Fund.

Example. If an employee is underpaid $7,500.00 and the employee receives a judgment two years later, the employer will have to pay $33,000 to the employee. The damages are broken down as follows:

These damages do not include attorneys’ fees, as well as other potential damages under the Federal minimum wage law (FLSA) and the local ordinances.

What does this mean for employers?

Given the significant risk if you are underpaying employees you should evaluate your pay policies and ensure that your company is in compliance. It is important to annually conduct a wage and hour audit to proactively mitigate risk.

Please contact us if you need any assistance complying with the Illinois or Federal Minimum wage and overtime laws at 312-368-0100 or Walker R. Lawrence at wlawrence@lgattorneys.com

You may have heard of The Can-Spam Act (“Can-Spam”), but if your business engages in email marketing, you must understand the requirements and put processes in place for compliance.  Can-Spam is a federal law that establishes requirements for all outbound commercial messages, regardless of whether they are B to B (business to business) or B to C (business to customer) messages.  The Act also provides recipients the right to have you discontinue your emails to them, which is referred to as an “opt-out” provision.   Finally, it instills high penalties for non-compliance.

The main requirements of Can-Spam are as follows:

Each separate email message that does not comply with Can-Spam may be the subject of up to $40,000 or more in penalties, and multiple people may be responsible for violations.  Therefore, both the company whose product or service is being advertised and the marketing company who originated the message may be legally responsible for violations.  In addition to the requirements of Can-Spam, commercial email messages must comply with other laws as well.  For example, if the content is deceptive or misleading information about a product, then the sender may be in violation of the FTC Act and/or other state laws regarding false and deceptive business practices.  Further, impersonation or the unauthorized use of the sender’s computer or system or other such acts are subject to criminal penalties.

Not all commercial messages require compliance with Can-Spam.  Only those messages whose primary purpose is commercial in nature.   For instance, emails to customers concerning their order, or other already agreed-to transaction with your company will avoid the necessity to comply with Can-Spam as they are viewed as relationship or transactional messages.  However, oftentimes a business will send a message that combines elements of transactional or relationship content with commercial content.  At that time, it is important to consult with an attorney for guidance as to whether such a message must comply with Can-Spam or if the message would not fall under the purview of Can-Spam.

If you have any further questions or wish to inquire about our fixed-fee advertising clearance services, please contact: